When it comes to tackling men’s violence, it’s the little things that matter, says expert

Graham Goulden is a former police officer of 30 years’ service, including eight years in the renowned Violence Reduction Unit in Glasgow. He now specialises in tackling men’s violence in his role delivering leadership and bystander training to men across education, law enforcement and other areas, nationally and internationally. Here, he talks about why, when it comes to addressing men’s violence, it’s the little things that matter.

In 1961 Stanley Milgram conducted several now notorious experiments that looked at the power of authority to force people to commit acts of violence. Whilst these experiments focused on obedience, it raised the question that violence must start somewhere. In the case of the Milgram experiments, the ‘descent to evil’ started at 15 amps before things escalated.

Fast forward to 2021 and we are in danger of focusing exclusively on the ‘serious’ acts of violence that make the news rather than looking at the behaviours which often precede these horrible acts. Why do we wait for these shockingly visible acts to happen before we act?

One of the first things I did when I was with the Violence Reduction Unit was to define violence in a way that would help me prevent it.

When I see the term violence, I look at it as more an attitude, a behaviour, rather than a physical act. When we do this we can start to address behaviours and attitudes that can, if unchallenged, lead to other acts of violence like murder, sexual assault and rape.

If we are to prevent the acts we see in our news feeds we really need to be thinking differently and that means looking at the term ‘violence’ differently.

How many times have you been told to focus on the big issues in your life and not to worry about the small things? The phrase, “Don’t sweat the small stuff” is a saying used to describe exactly that. 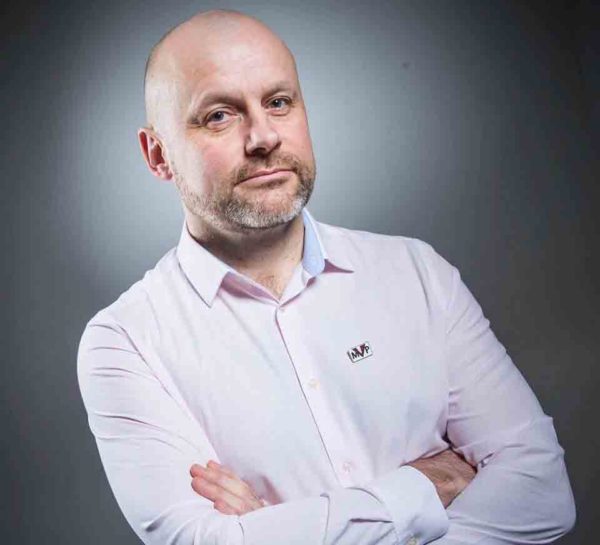 In recent weeks and months, there has been much debate centring on levels of sexual violence being experienced by men and women. We have been exposed to media articles both highlighting the issue and suggesting possible responses. Even the act of cat-calling has been debated.

Some commentators suggest a specific criminal offence related to street harassment is needed to reduce levels of sexual violence directed towards girls and women by some men.

As a society, is it now time to focus on what is acceptable or not? It’s 2021 and women we care about still don’t feel safe walking in their communities.

In my work, I ask people to think of the types of abuse that can happen between people both in and outside of a relationship. After a few minutes, I’m usually offered a range of abusive behaviours which I then present as follows:

When I ask groups to look at each topic, they identify many behaviours and acts moving from name-calling and shouting to online abuse and put-downs. They discuss controlling a person’s finances or which friends they’re allowed to see.

They refer to the punches, the kicks, and the biting. Finally, they identify the rapes, the sexual assaults, the sharing of naked images without consent and the sexual harassment that many women and some men find themselves subjected to.

I encourage groups to look at certain jokes and banter and ask if this could be within their definitions of abuse. All agree. You get it, you know the behaviours and attitudes that are both unhealthy and abusive.

So why is it we tend to ignore some of this abuse, writing it off as not serious?

Abuse online is often minimised and seen as something we shouldn’t be concerned with. We should be concerned, and this was highlighted in 2019 when an increase in deaths by suicide in the UK amongst young women was attributed to online abuse and harassment.

So, when I use the term ‘small stuff’ I do so because society still sees many acts as small when the facts suggest otherwise.

You will notice above that I put the types of abuse in an order starting with verbal abuse. Why have I done that? Some think it’s about an order of seriousness and I can see why they might think that. But it’s not the reason. Try speaking to an adult about name-calling suffered at school. Many will say the abuse has left a mark on them. Speak to a woman who has been cat-called and ask them to describe the fear that such behaviour creates.

The order is a continuum, a progression, an escalation. People who commit rape or murder don’t advertise the fact. Neither do they simply wake up and decide to commit horrific acts of violence.

Violence starts somewhere and it’s often wrapped inside the behaviours that are minimised by society every day. Some men start to think their sexist views are supported.

I was once asked by a close family member how they could stop murder and rape. I simply said stop thinking at that end of the continuum and focus on the words, language and behaviours where these acts start.

When we don’t focus on these behaviours, when we remain silent about what we see and hear, we give permission for abuse and violence to take place.

Silence is the infection that allows violence to continue. You know what? We can all become interrupters who stop violence.

What do these three university lads think about women and sex?

Pornification: can you tell fantasy from reality?

What can men do to help tackle sexual violence?
The cookies we use allow us to monitor our web site traffic and do not give us access to your computer or provide any information about you. Please click "Accept" to continue.
Accept