A survivor of sexual assault talks to men

Rebekah Cheung is a survivor of sexual assault. She now works for a charity that talks to men about how they can play a part in ending men’s violence against women. Here, she tells her story, talks about how sexual violence has impacted on her, and the importance of men taking a lead in challenging harassment and sexual violence.

After the death of George Floyd in May, 2020, there was widespread discussion about how non-people of colour can still be racist, even if they don’t intend on being racist. It was concluded that the only way that we can stop racism is by non-people of colour challenging the ways in which they think and what they assume they’re entitled to.
The same concept can be applied to sexual assault and rape. There are many cases in which the perpetrator will believe that they haven’t committed an act of sexual violence. It doesn’t change the fact that they’ve sexually assaulted a woman. As Gravelin, Biernat and Bucher state in their article in the journal Frontiers in Psychology in 2019: “While not discounting the victimization of men, sexual assault is a gendered crime, with women much more likely to be victimized than men”. That’s not to say that every man commits sexual violence – what it does mean is that we live within a society where rape culture and male sexual entitlement influences everything.

I am a sexual assault survivor, but I also work for a gender-based violence charity called White Ribbon Scotland, where our tenet is very similar. We don’t believe all men are committing gender-based violence, but we believe we live in a society where male entitlement and the patriarchy is supported because men tend to stay silent about, or even condone, violence against women. Our work focuses on things called White Ribbon Status projects, where we go into areas, communities and organisations and teach boys and men about the best way to counteract and challenge male privilege and how this influences gender-based violence. Essentially, we believe that if a guy is able to call out his friends if they make a sexist remark or a rape joke, this contributes to stopping more serious gender-based violence, for example domestic abuse.

I am a sexual assault survivor, and I was assaulted three times by three different perpetrators. The first was someone I considered a friend, the second was a date and the third was a guy I was dating. I’m cautious about mentioning that it was three separate occasions, because society tells me I was foolish to let it happen once, stupid to let it happen twice and essentially ‘asking for it’ by the third time. But did you know that, if you’ve been assaulted once, you’re more likely to be assaulted again? This isn’t a phenomenon unique to rape and sexual assault, it applies to any type of attack, for example victims of burglaries have a 25 percent increased risk of being burgled again.
There are certain things that I want to highlight in this piece so that, if you’ve not been a survivor of sexual assault, you gain a small insight into just how difficult it is. 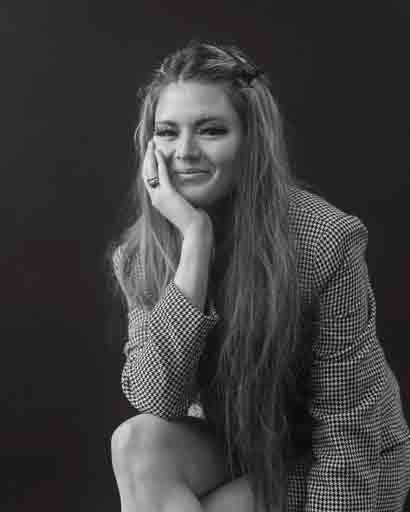 The first is imposter syndrome – a concept that refers to feeling like a fake and that one day this will catch up on you. So how does this work in relation to sexual assault? A victim will often worry that they’ve dramatized or over-exaggerated their assault, and sometimes believe that it may not have happened at all. I wrote about this in more detail, which you can check out here. It explains how this worry is fuelled by the victim-blaming culture that we live in. This is a society in which we are told that false accusations of rape are just as frequent as actual rape cases (while Home Office figures suggest it occurs in only 4% of cases in England and Wales), or where we tell the victim that what they were wearing or how they were acting was the biggest contributor in being attacked.

Although many are aware of victim-blaming, very few understand the implications that this has for a survivor – most of all, re-victimization. This is where the survivor experiences further trauma as a result of societal attitudes towards sexual assault. Common examples of this include when someone asks a survivor what they were wearing at the time of the assault, or when someone questions why a survivor didn’t come forward sooner. Re-victimization is so institutionally embedded, with even healthcare organisations having policies that infer the blame lies with the survivor.

Furthermore, people often forget that rape and sexual assault doesn’t occur in a vacuum. When someone has been assaulted, there’s no statutory sexual assault leave of absence, they have to continue to juggle work, university and other life responsibilities. I remember that after my very first assault, the only time I would get out of bed was for my weekend job, which meant I missed several university lectures. And this is such a common occurrence, I know so many girls that had to drop-out completely or take a year out because they weren’t getting the help that they needed to help cope with the trauma.

Being sexually assaulted impacts upon how you set boundaries when it comes to having consensual sex. There have been a number of occasions where, although they weren’t rape, they weren’t 100 percent right either. Again, this isn’t something that I think was done on purpose, but society tells men that satisfying their own sexual needs is the most important goal, and the girl and her wellbeing come second. This isn’t unique to those who have experienced sexual assault, the vast majority of my female friends can recount situations where they’ve been with a guy where things weren’t right. Whether this was an ‘I agreed to some stuff but not that’ or ‘he kept asking and I just gave in’, I don’t know.

What do I want you take away from this? If you’re a guy, look back at the previous relationships you’ve had, whether serious or casual, and think about what you prioritised. If it was yourself, think about the impact that could have upon your partner at the time. This isn’t me stating that your previous behaviour was sexual assault. But if your choices have been led by your own entitlement there’s always a risk that you assumed consent where none was given. Ever told a girl that it would feel better without a condom even though they’ve asked you to use one? Have you ever asked for a sexual favour, got a less than enthusiastic response in return and just wore her down until she said yes?

These scenarios, and many others that are similar, constitute sexual assault. The only way we can improve this is with a shift in culture, one that holds men accountable and stops prioritising male desire when it comes to sex. This starts at home, with you. By considering your own actions, as well as calling out your friends, you can help create a society that deals with the root cause of sexual violence, which is male sexual entitlement.

SUPPORT
You can find advice and information on the Police Scotland website
Call Police Scotland on 101 or contact the Rape Crisis Scotland national helpline for free on 08088 01 03 02 (daily 6pm-12 midnight).
In an emergency always call 999.

Old Firm Facts: Don’t be that guy just because you support a certain team

What are men saying about THAT GUY?

What is male sexual entitlement?
The cookies we use allow us to monitor our web site traffic and do not give us access to your computer or provide any information about you. Please click "Accept" to continue.
Accept